I have recently took back power and control of my life. I am now free from the chains of domestic violence. I spent the majority of my adult years being controlled by a violent, cruel, demoralising bully. Why did I stay so long, you may ask. Fear is my only reason. I spent my whole childhood living in fear therefore it was a familiar feeling. It could have been why at the first warning signs I did not react in a normal manner. I am a Muslim and being a revert I was quite innocent about his intentions towards me. I believed a practicing Muslim would fear Allah (SWT) and he was supposed to be a Muslim so therefore he could be directed to the Quran and Sunnah to change his ways. I also never believed this could happen to me. I was to strong or so I told myself, but domestic violence happens to people from all walks of life and it happened to me.

Islam teaches, “He is the most perfect Muslim whose disposition is best; and the best of you are they who behave best to their wives.”

However my perpetrator used all the tools at his disposal even if he was wrong according to Islam. In my case he would try to use his culture and Islam to oppress me for example, not giving me choice in what I wanted to wear, making me stay in, refusing me to have friendships. It was all about isolating me and nothing to do with Islam. Just as my Catholic father used the catholic belief system to oppress my mother. Domestic violence is not about anger that is just a excuse, domestic violence is about control. He wanted to control every aspect of my life and what is sadder he did.

“The Prophet of Allah (S) stated: ‘The more one becomes faithful the more one expresses kindness to his spouse’.”

“..And one of His signs is that He created mates for you from yourselves that you may find rest in them and He put between you love and compassion; most surely there are signs in this for a people who reflect.” (30:21)

He seemed entirely ignorant that his behaviour was not correct.

As a child I was abused in every way possible by my father. I managed to come through all of that and marry at the tender age of eighteen. I reverted to Islam as I saw it so different to the way I was raised. My husband who was a praying Muslim was not happy. I couldn’t understand why, so I bounced back and forward with Islam as I loved him. After three years of emptiness I asked him to leave, we had no children. He later confirmed he was using me for papers. I was devastated.

A year later I married the man who controlled me for 22 years and today I am finally free of control and fear Alhamdulillah. 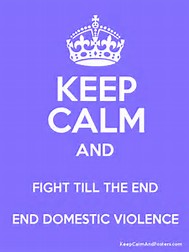